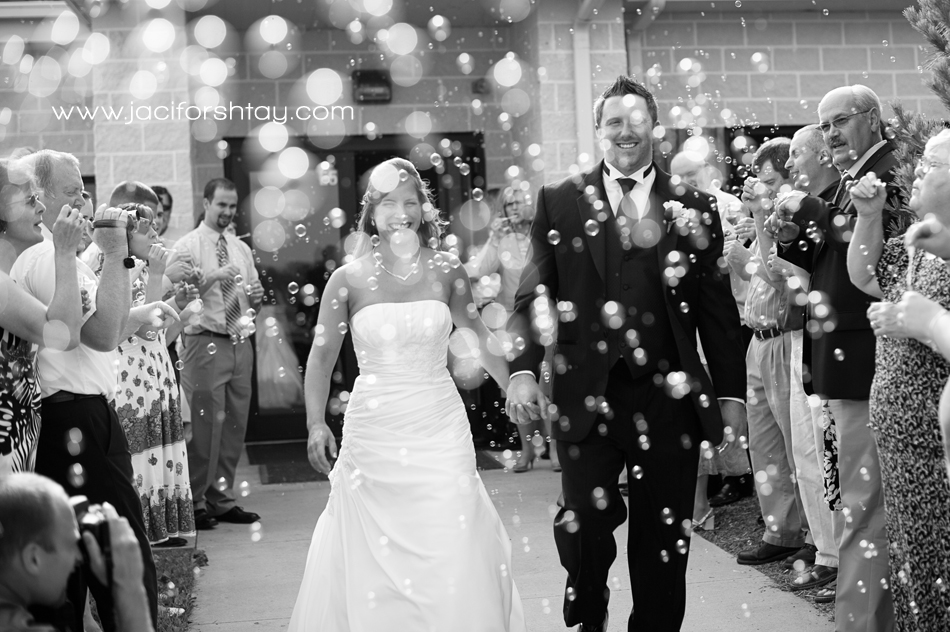 Brent and Elise met…became friends…and then lost touch with each other for awhile.  Only some time later to be reunited in the wee hours of the morning at a gym.  Sparks flew and the rest, as they say – is history!

I love arriving at the wedding venue early to photograph the preparation of the bridal party and to capture the details of the day!  Elise’s dress had such beautiful detail in it…I couldn’t stop staring at it!  🙂

Ring shots, how I love thee. This is one GORGEOUS – and very in love – couple.

Elise’s bouquet was stunning, so bright and cheery! Brent and Elise’s wedding day was sunny and hot – not typically the best ingredients for a photoshoot but the bridal party was more than fabulous about trekking down a steep hill *in their heels* and wearing warm tuxes for their photos. {A big thank you!} I think this next shot might be my favorite from the day.  No prompting.  Just casual interaction between a couple who is madly in love. During the ceremony, the couple partook in communion – a beautiful symbol. I always love these shots – looks of joy and total relief (because who really loves standing up in front of hundreds of people).  And now they’re ready to party! Many blessings to you, Brent and Elise – hope you had a blast on your honeymoon and are enjoying marriage to it’s fullest!  xoxo, jaci